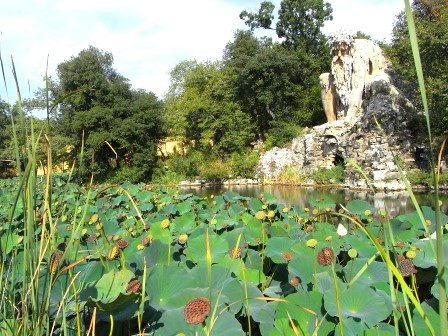 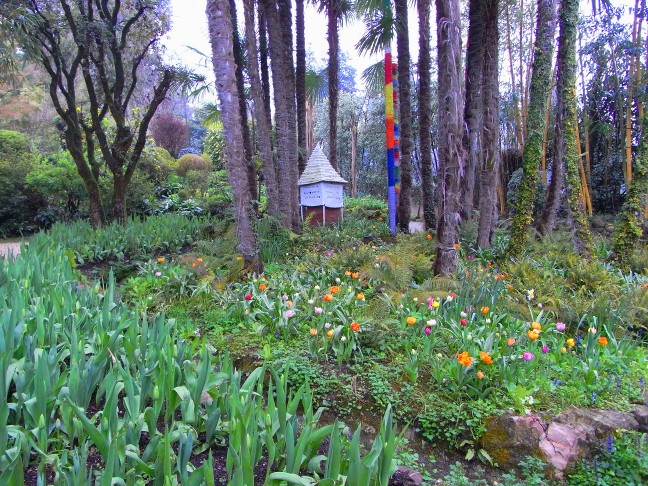 From April to mid November it is possible to visit with me the historic gardens of several regions, that I feature here. For a quick explanation about the english styled historic gardens in Italy you will find an article here.

The visits can be made in italian, french, spanish, english and german.

HISTORIC GARDENS ROUND THE LAKE COMO

Villa Carlotta – Tremezzo (CO) – open from the beginning of March to the beginning of November – This is one of the most beautiful historic gardens of lake Como. During all months they offer you always different kinds of effects and, at the end of October/beginnning of November, you will be able to admire the warm colours of the tree leaves, before they fall. Monumental trees and other plants from all over the world. 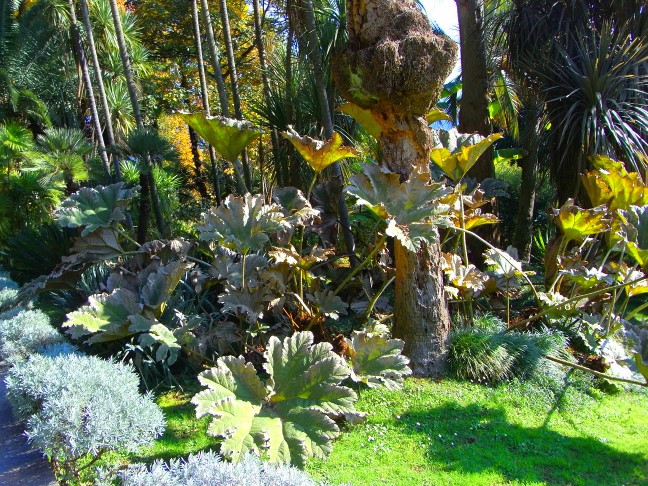 This historic garden on the Como lake is completely different from the one of villa Carlotta and easier to visit. Here there are also monumental trees that at the beginning of November show the beautiful colours of their leaves before falling. 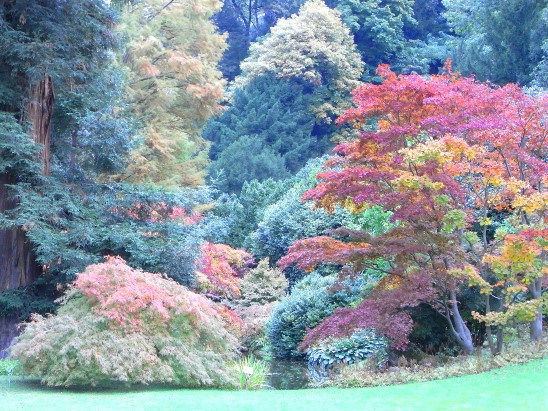 foliage at the end of October in the villa Melzi garden

Villa Balbianello near Lenno (CO) – open from the beginning of March to the beginning of November. Directly on shore of  the Como lake, it can be reached only by boat or on foot with a 15 minutes walk from the village of Lenno. Here the trees are mostly evergreen. There is the possibility of visiting also the inside of the villa with a local guide. 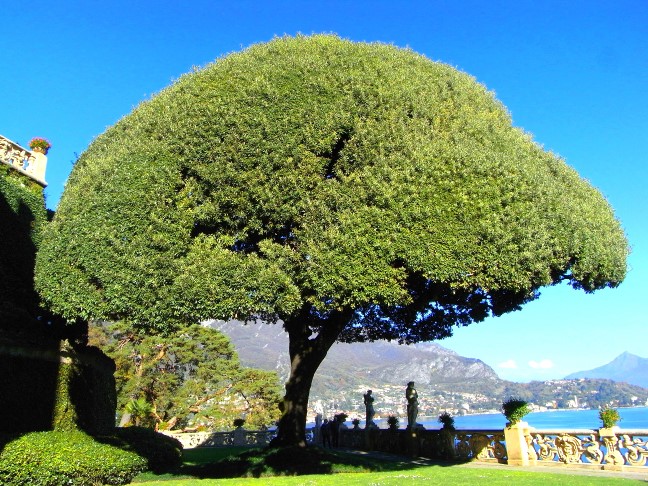 HISTORIC GARDENS NEAR THE LAKE COMO

The Villa Reale Park in Monza (MB)- open all year long. This huge park of the nineteenth century with several monumental trees, gives you the opportunity of comparing the european with the exotic trees and appreciate the ponds of the romantic style. 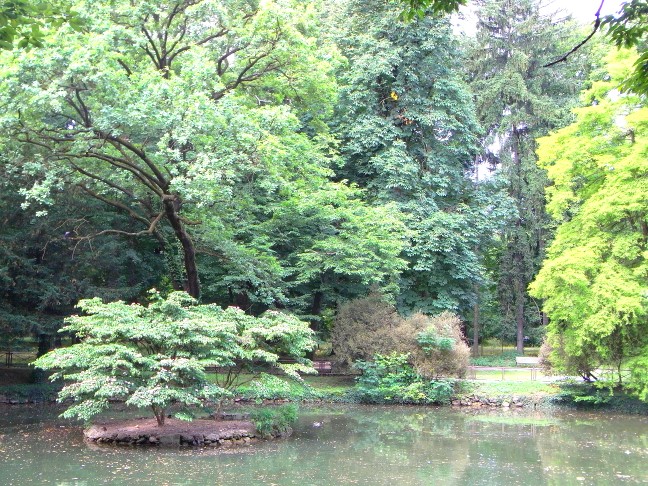 a pond in the Villa Reale park in Monza (MB)

The most surprising Botanical Garden of Europe is in Chiavenna (SO) open all over the year. It is elevated over the town of Chiavenna, on huge rocks. Here you will enjoy the landscape of the garden, the estonishing views over the surrounding mountains, the atmosphere that no other garden can offer. Its name is Paradise. 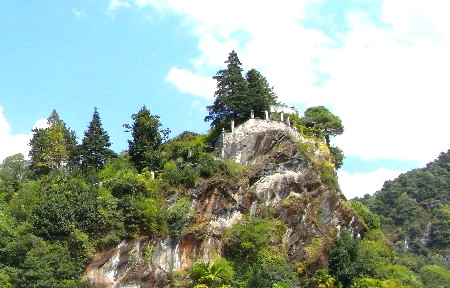 View from town of the botanical garden of Chiavenna (SO)

Giardini estensi e villa Mirabello – Varese. Open all year long, this garden is spectacular, designed for the Este family in the eighteen century. Beautiful hornbeam galleries, stairways, monumental trees, amongst which the most impressive Lebanon cedar one can see. Varese is called Città Giardino, that means City of Gardens, as it has ten historic gardens open to the public all days. To know about them click here. 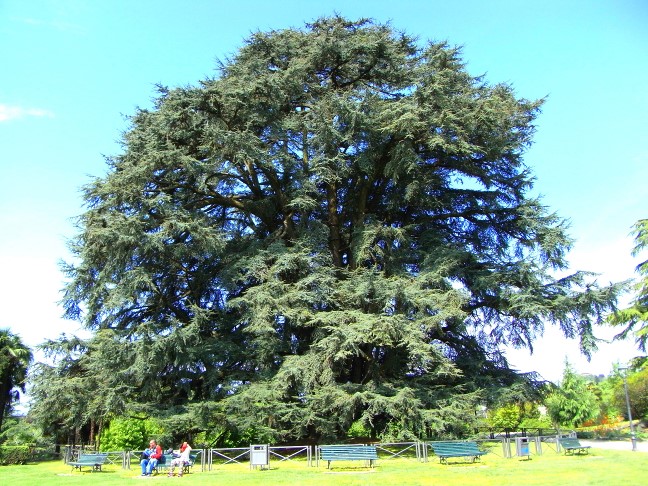 The marvelous Lebanon cedar of the villa Mirabello garden (VA)

The Boboli Garden – Firenze. Open all year long. Boboli is a typical Italianate garden, laid out in the Sixteenth century for the Medici family, the grand-dukes of Florence, and added to until the middle of the Nineteenth century. Alleys, green galleries, fountains, ponds, citrus tree nursery gardens and botanical gardens. Surface 21 hectares. Visit 2 hours. Closed the first and last Mondays of the month. 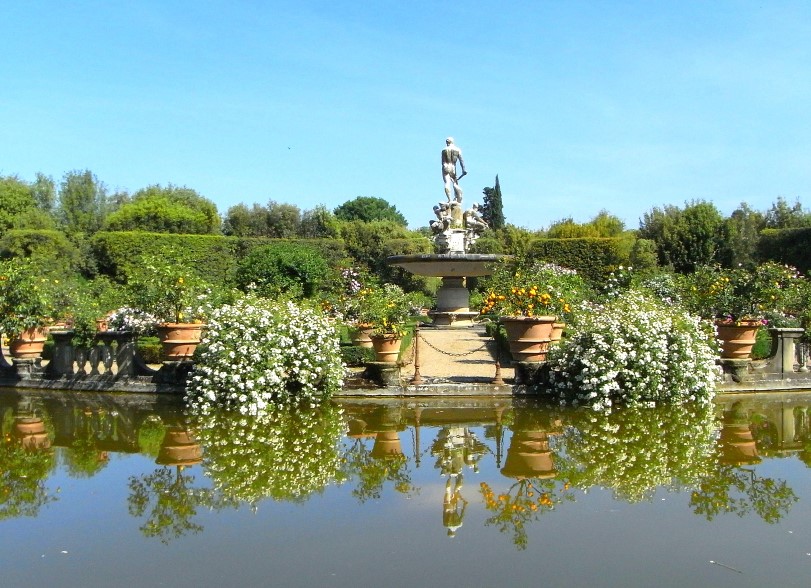 The Boboli Garden in Spring

The Villa Torrigiani Garden in Capannori, near Lucca (LU). Open from April to November. In the middle of the Sixteenth century, Villa Torrigiani belonged to the king of France’s ambassador, during which time the main lay-out was given to the gardens. The Flora garden with fountains and secret paths are still those of the original garden. At the beginning of the Nineteenth century it was bought by the Torrigiani family and the English garden came into being. Two huge Liriodendron tulipifera and a Platanus acerifolia are the most impressive trees amongst the many growing in the lovely garden. Surface 9 hectares. Visit 2 hours, including the ground floor of the villa.

Villa Reale of Marlia, near Lucca. Open from April to November. The royal villa and park were built in the seventeenth century. In 1806 the property was bought by Elisa Baciocchi, Napoleon’s sister who was the ruler of Lucca. The fish pond, the water and the wonderful green theatre are Seventeenth century, with yew trees of that period. The rest of the garden was restructured in the Nineteenth century with a Quercus rubra and a Liquidambar styraciflua at the two ends on the tiny lake, whose brilliant autumnal foliage outshines all the other beautiful monumental trees. It now belongs to the Pecci-Blunt family. Surface 19 hectares. Visit 2 hours. Closed on Mondays. 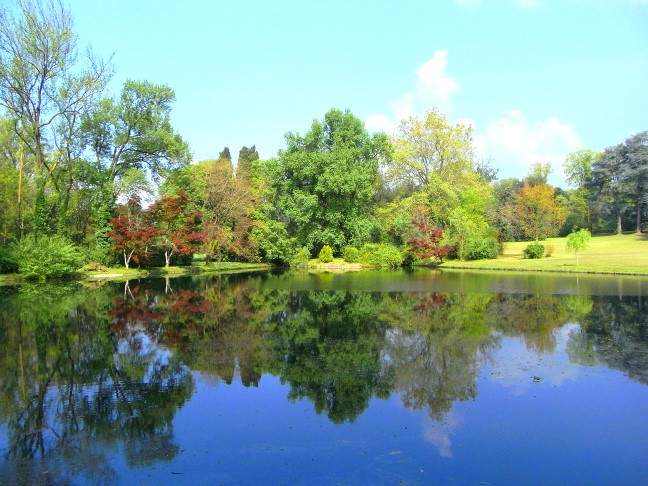 Trees in the Villa Reale park

Villa Grabau in Capannori, near Lucca. Open from April to November The park and Villa Grabau have existed since the Sixteenth century. As well as the original evergreen trees of the Italianate garden, exotic trees were added , in the Nineteenth century, in order to create an English garden. A Ginkgo biloba, a Fagus purpurea, a Tilia platyphillos are the most impressive monumental trees of the wonderful botanical collection displayed in the garden. Surface 9 hectares. Visit 2 hours. Closed Monday mornings. 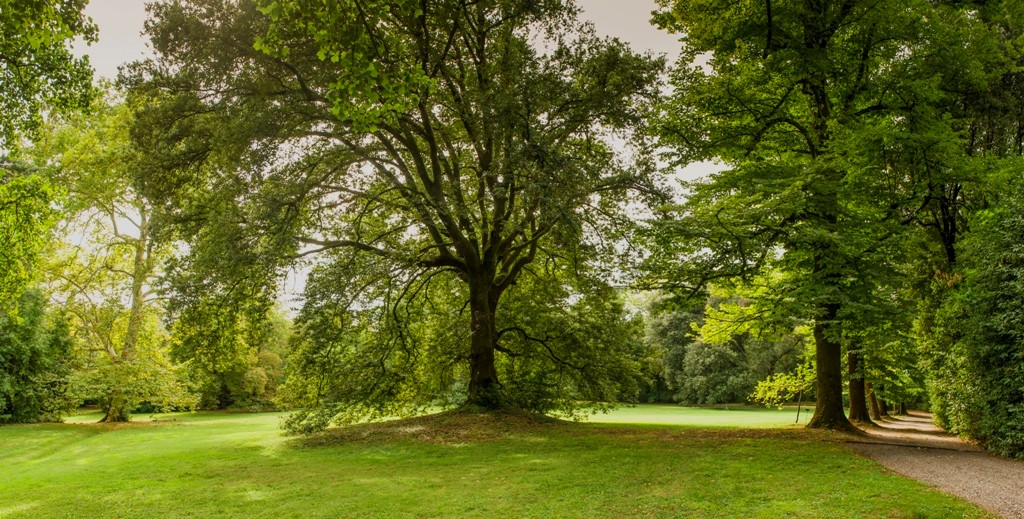